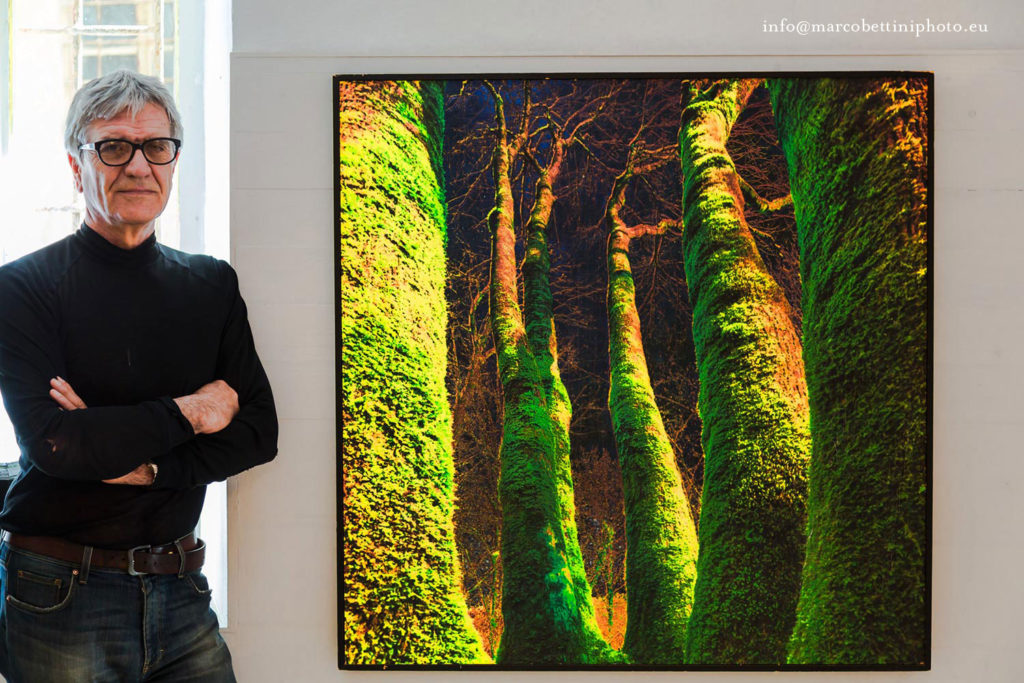 I approached photography as autodidact, when I was twenty years, for passion and at the beginning, without any specific goal. I began to follow irregularly two Tuscan photographers: Mauro Bettini and Roberto Bastianoni. I learned with them the bases of a professional photographic approach, but without ever losing the enthusiasm of the beginner.

In 1988 the beginning. I opened a small Studio in Gambassi Terme (FI) where I realized “still life” for some local companies: Sedex, Cantine Bonacchi, Industria Vetraria Artistica IVV, Ceramiche della Val d’Elsa, Chiappini Cantine, Ceramiche Virginia, Mantellassi and other ones.

In 1990 I began to cooperate with Paolo Castaldi and I started a new professional experience, in the field of fashion, with Studio Solari, for which we photographed lingerie and prét-à-porter for several years.

In 1992 I worked on the art catalogue of the sixteenth century painter Ludovico Gigoli on behalf of the publishing house Amalthea, with photographic services that lasted for about 4 months. The photos were taken inside the Galleria Palatina at Palazzo Pitti in Florence.

In 1993 I started my cooperation with TAP Grafiche in Poggibonsi (SI), this company had an internal photographic studio, specialized in furnishing, manufactured by furniture companies in the Tuscan hinterland.

In 1995 Richard Ginori in Sesto Fiorentino (FI) commissioned me the realization of the photographic archive of their porcelain museum which includes 16000 historical pieces approx.

In the same period I cooperated with the Florentine photographer Mario Ciampi, who will become a point of reference in my job.

I transferred in Friuli Venezia Giulia in the north of Italy in 1997, where I worked for a period with GFP and then in photographic and graphic studios, advertising agencies, furniture companies as Gruppo Florida, Mida 2, Tempor, Record Cucine, Agorà, Alta Cucine, Tutondo, Poletti, Friulinox, Sim2, Europeo, Zago, Venier, Mobilgam, Futura Cucine, Pieffe Union, Crivellari, Alea, Gruppo Emme Due-Mazzolini-Kellermann and many others.

During 2006 and 2014 I worked predominantly in Russia in Moscow, for furniture companies: Puro, Futura, Kontech, Rimi, Verona Cucine, Dedal.

From 2014 up today I continue my cooperation with Italian companies and photographic studios.

In 2015 I started a new professional adventure in Tuscany, I decided to open my own Photo Gallery in Volterra (PI), where I show my pictures.